We're sorry all international orders have been delayed due an issue with Royal Mail. We'll post them asap
View more images 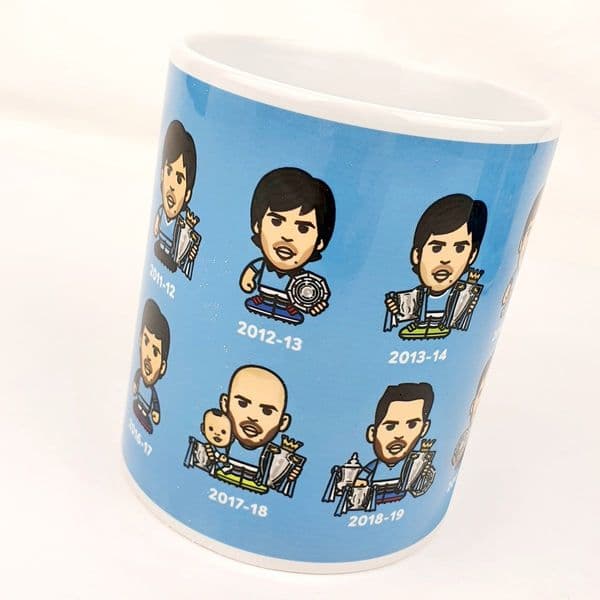 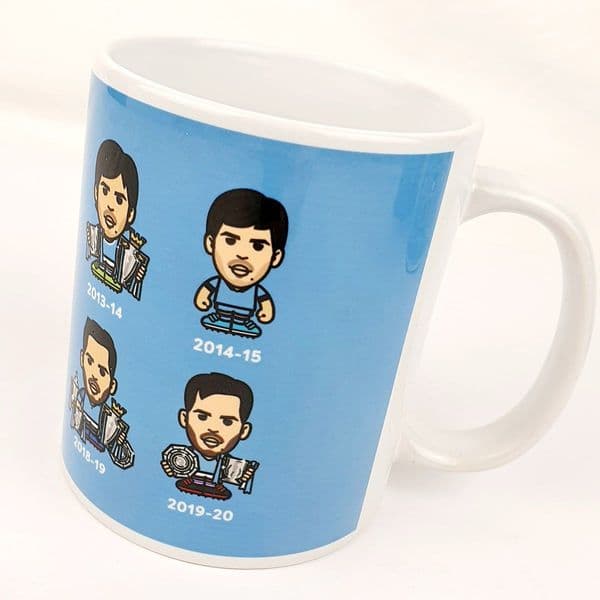 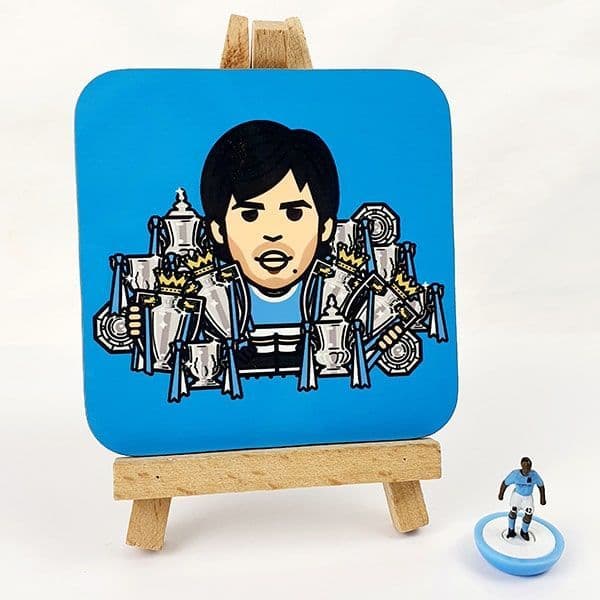 Celebrate David Silva's decade of Silva-ware with a look back through all the seasons since he signed for Manchester City back in the summer of 2010 from Valencia.

Winning 14 trophies and making over 400 appearances for City, he has certainly earned his legendary status at the Club.

All his various hair cuts over the 10 years feature as does baby Mateo who makes an appearance in 2017.

Choose at the checkout if you want the mug on it's own or with our special Silva coaster.

The decade of Silva-ware features

2011/12 the League title after the Aguerooooo moment!

As usual, Ginger Wig delivers again. A superb product, really high quality, affordable price and exceptional delivery speed. It’s a beautiful mug which I bought as a gift for my David Silva obsessed Dad. Ginger Wig is always my go-to for awesome gifts and presents for my City mad family members (and it’s always a nice treat for myself too!). I can’t fault anything about this. 10/10. 5 Stars. 100%. The lot!!

First class service, the 'Twinnings' tea bag with the Silva mug was a really nice touch. Thanks again Ginger Wig!

The mug is amazing